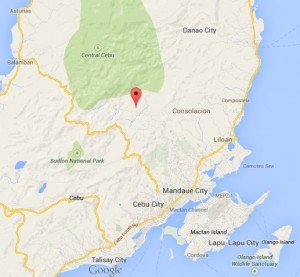 Adlawon is a mountain barangay in Cebu City, Philippines. It is 43 kilometers far from Central Cebu.

There are 3,580 residents by the end of 2007. It is one of the places with a very small population in the region. It is in found in the Northern part of Cebu. Adlawon is one of the barangays which lies in the outlying area of Cebu City.

Adlawon is one of the producers of cutflower in Cebu. It has been estimated that it has a 300 hectares of tilled land for the production these flowers.

Adlawon has also shown a good impression to others. Adlawon was considered as one of the places that has a best team of barangay peace workers. The president of the Philippines (Pres. Benigno Aquino III) handed an award to Adlawon Barangay Captain. The place was also a finalist in 2009 Lupon Tagapamayapa Incentive Award.

Adlawon may have small population in the region but Adlawon has contributed a lot to Cebu City.