It was named Sitio Talamban. It was a place known for its bamboo and venue for cockfighting activities. The name Bacayan was taken from the native word “tigbakayan” which means an open place where cockfights were held. Some old folks would say that it was taken to the word “bagacay” which is a place where bamboo trees abound. 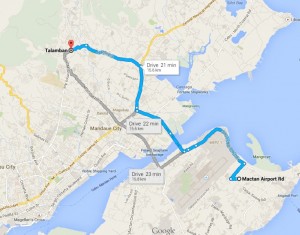 Barangay Bacayan is situated 12 kilometers North of Cebu City. The place is classified as warm lowland ecological zone. The Barangay has a total population of approximately 13,006 individuals with more or less 4,597 households. About 51% of the total population are male while 49% are female.

About 1% of the people are engaged in the production of mango, banana, coconut and corn. Some residents in the barangay engaged in swine raising but there are only few who are doing these kind of livelihood because most are into non-farm activities like driving, welding, teaching, etc.