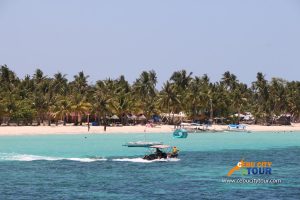 The Philippines is made up of 1,107 big and small islands. There is no question why the country is regarded to be a haven of the most breathtaking beaches and alluring marine ecosystem. In Cebu alone, you can find not just the Cebu Island but rather many islands, each has an astounding surprise to offer like the Island of Bantayan.

In 1635-1644 this island is where they built watchtowers to protect the people from moro aggression. Since then after the course of their vigil with the moros they always express to say Bantayan! Bantayan, meaning “TO KEEP WATCHING! KEEP WATCHING”, and now after this manner this Island was called to its expression Bantayan. 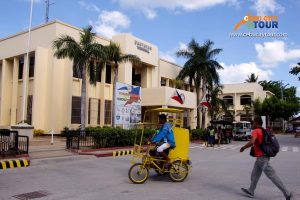 At the northwest of Cebu lies a bewitching island that will capture your heart from the very first gaze. It is the Bantayan Island! It is located in the Visayan Sea, across the Tanon Strait. It has an estimated population of 136,960 according to the census in 2010.

What To Do In Bantayan

Here are some of the fun things that you can do in the island:

Enjoy the white sand beaches! This sure will not be out of your list. The island is full of majestic beaches. Aside from the main island, Bantayan, there are numerous small islets surrounding the island that are worth your visit. Each has distinctive beauty to offer.

Bantayan Snorkeling  – Since the island is jampacked with fascinating beaches, it sure has beautiful marine ecosystem that is perfect for snorkeling. The untouched waters of the islets hold amazing surprises for the visitors.
Bantayan Island Hopping – Because Bantayan is composed of many neighboring island and islets, there is no reason you don’t explore their beauty within.

Bantayan Hotels and Bantayan Resorts – Relax yourself in the emblem of beautiful resorts.These numerous resorts found in the island can each give a unique service that a guest will have a reason to keep coming back. Just pick up the resort of your choice that will suit your relaxation needs.

Bantayan Skydiving – A new adventure is up for grab in the island; it is the skydiving in Santa Fe. Despite the great risk, many are still so anxious to try the adventure especially those that thirst for adrenaline rush. It’s a must try, they say, as long as you have the courage and money to do it.

Bantayan Churches – The island has many historical places. among those are their old-aged churches like the St. Peter and Paul Parish Church which was built in 1863. It is the seat of the very first parish in the Visayas and Mindanao which was founded on June 1580.

Bantayan Natures – In Bantayan, there are still a lot of places that you can go to where you can just sit down and appreciate the nature and God’s creation. At dawn, you will be fascinated by the beautiful sunrise by the seashore and also at twilight, the sunset is a perfect sight. You can as well have a romantic night while stargazing together with your loved one.

How to get there and Fares

Here is a guide on how to get to Bantayan Island:

From the Mactan-Cebu International Airport, ride a taxi going to the Cebu North Bus Terminal. Fare for the taxi will be around P150.00-P200.00 and will take around 30 minutes or more depending on the traffic situation. (Tip: better travel during non-peak hours; the best time to travel is early morning because you can also catch an early bus ride going to Hagnaya)

Board a bus going to Hagnaya. Buses leave every hour from 4:00 a.m. until evening. The bus ride going to Hagnaya will take approximately 4 hours so it is best if you travel early. The fare ranges from P150.00-P170.00 depending on the accommodation of your choice. Aircon buses are more expensive but are more convenient for a four-hour ride.

From Hagnaya, ride a Ferry Boat going to Santa Fe in Bantayan Island. The boat ride will take around 75 minutes and the fare is approximately P170.00. That’s is why travelling early is best because the ferry boat going to Bantayan Island has a daily schedule. The boat’s schedule starts from 5:30 a.m. until 5:30 p.m. only.

Going to Bantayan Island is a must included in your bucket list. Experience an adventure that no other island can give. If you are planning to visit Bantayan, you can book now to one of the island tour packages.