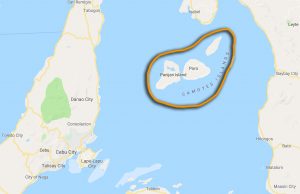 The Camotes Islands is an island group that is located in the Camotes Sea, East of Cebu Island, southwest of Leyte and north of Bohol. It is sometimes called as the “Lost Horizon of the South”. This group of Islands is a part of the Cebu Province. It is composed of three major islands; the Poro, Pacijan, and Ponson and one major islet, the Tulang Diot.

The islands of Camotes are low-lying that has several hills that are used for telecommunications relay station. The highest point in the island is the Altavista which is 1,273 ft. above sea level and it is located in the island of Poro.

The prevalent industries in the Islands are farming, fishing, and tourism. Recently, the percentage of tourism in the islands escalated due to the enhancement of the resorts and other tourist spots that can be found in the island. The Presidential Proclamation 2152 of 1981 declared the islands of Poro, Ponson, and Pacijan as “Mangrove Swamp Forest Reserves”.

Currently, there are more or less 22 resorts in the island.

How to Get There

***The island of Ponson can also be reached from the City of Ormoc by an hour boat ride.