History of Museo Sugbo in Cebu

Museo Sugbo is located in the former Cebu Provincial Detention and Rehabilitation Center (CPDRC). It was once called “Carcel de Cebu”, the provincial jail of Cebu. It is now the Cebu Provincial Museum. 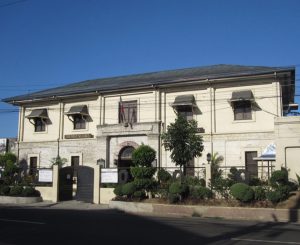 The Museo was designed by Domingo de Escondrillas in in 1869 (he used to be the only architect in Cebu that time). It was originally proposed to be the main prison for the Visayan District because of its somewhat considerable size when it was constructed.The construction started in 1871. It was believed that the coral blocks from the demolished Parian Church were used to build parts of the gaol. 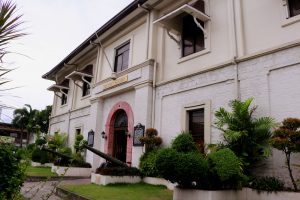 In its 135 years of history, the gaol did not just accommodate criminals but also the Katipuneros during the revolution. They were incarcerated in the gaol without trial and were eventually killed in the Carreta Cemetery. 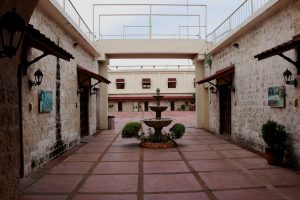 During the early American period, the carcel served as a stable for horses used for competition at the Hipodromo racetrack. But it was eventually used again as prison for the city and province as well. Guerillas were also imprisoned here during the Japanese regime after being tortured by the Japanese secret police.

The carcel was first named as Cebu Provincial Jail during the American period until the post-war and then eventually changed its name to Cebu Provincial Detention and Rehabilitation Center (CPDRC).

In December 2004, the CPDRC was transferred to a bigger and more modern area. The carcel was then converted into a warehouse of Cebuano Heritage making it the Museo Sugbo.

What Is In The Museo?

Upon the entrance at the Museo, minimal fees will be collected, usually used for maintenance. A map of the place with important informations at the back will be provided as a guide (can be a remembrance too). Taking pictures and videos inside the galleries are strictly prohibited.

The other two galleries are located across the MPPH. These galleries showcase various archeological artifacts from excavation in Cebu including gold and ceramics the famous San Diego shipwreck of 1600.

The wishing well, located near the National Museum Galleries, will complete the whole tour in the museum. It is called the Well of Wisdom, Love and Good Fortune. It was believed to be the source of water for the prison complex of the Visayas District during the Spanish period.

Fees in the Museo