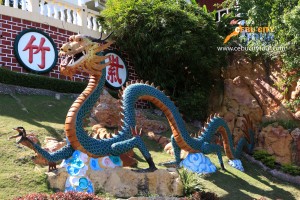 The Cebu Taoist Temple was built in 1972 by the Cebu’s substantial Chinese community. This temple is composed of two different temples: one is the Phu Sian Temple, built by another Chinese community, which is not open to the public; another is the main temple which is 270 meters above sea level.

The latter is the only temple open to worshippers and non-worshippers. Entrance to the temple is a replica of the Great Wall of China. The temple includes a chapel, library, souvenir shop, and a wishing well. It also has a spacious balcony that has an access to the scenic of the city. 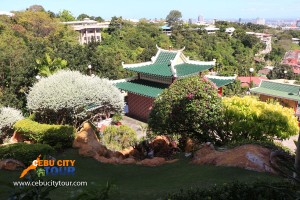 About the Taoist Temple and Taoism 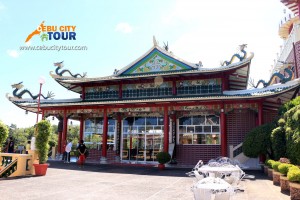 The Taoist Temple is the center of worship for Taoism, the religion which follows the teachings of the ancient Chinese philosopher, Lao Zi. In the temple, devotees perform rituals. One ritual is where one prays to the gods to grant one’s wish. This kind of ritual includes washing hands, going inside the chapel barefoot and dropping two blocks of wood. If the blocks of wood are both face up upon reaching the floor, it means one can make a wish. If not, it means it is not yet time for one’s wish to be granted and needs to come back again to the temple some other time.

Another ritual among the devotees is the climbing of its 181 steps, which represents the 81 chapters of Taoism scriptures, and lighting joss sticks and having their fortune be read by the monks. This kind of ritual is done during Wednesdays and Sundays.


How to Get There 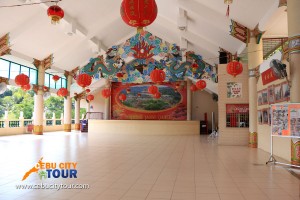 The Cebu Taoist Temple is located in a private subdivision, the Beverly Hills Subdivision, in Lahug, Cebu City. It can only be reached through a private car, taxi, or a motorcycle for hire called the “habal-habal”. But motorcycles for hire are allowed only until the gate of the subdivision and one needs to walk from the gate to the temple which will take for more or less 15 minutes. If you are in the mood for some hiking or exercise, you can just walk from where the jeepney dropped you, in sudlon, and hike or walk till you reached the temple. It will take you more than 30 minutes to reach the temple but it will be a good walk still because you will be passing through tree-lined streets, a perfect way to commune with nature.