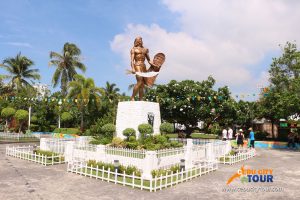 In 1521, the Spaniards, led by Ferdinand Magellan,arrived in the Philippines for a quest of exploration and gaining more colonies. They first landed in the island of Leyte where they had received a warm welcome from local Filipino leaders there. They then later decided to try befriending the other Filipino leaders in other islands to make it easier for them to conquer the country. However, though most of the Filipino leaders were kind to them and accepted their friendship, not all submitted to their blueprint. 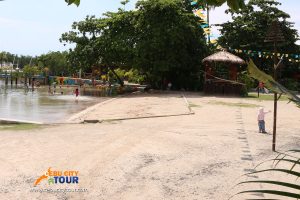 Lapu-Lapu, the chieftain of Mactan hesitated to welcome the guests. He, being a great leader, perceived the hidden intent of Magellan and his company. He defended his land that led to the famous battle of Mactan in April 27, 1521. During the battle, Spanish soldiers were defeated and Ferdinand Magellan was killed by Lapu-Lapu. Because of Lapu-Lapu’s heroic act to defend his land, a 20-meter bronze statue was erected on the very spot where the battle took place.

Right now, the statue of Lapu-Lapu is located in an enclosed park at Punta Engaño in the island of Mactan in Lapu-Lapu City. This landmark is being preserved for historical conservation. The statue as well as the rest of the park that encloses it is called the “Lapu-Lapu or Mactan Shrine”. 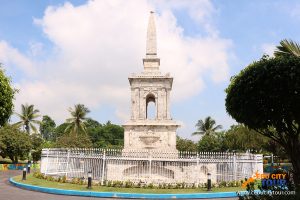 The monument of Lapu-Lapu in this shrine is believed to be 100 years old from its creation. This site has ever since become a tourist attraction.