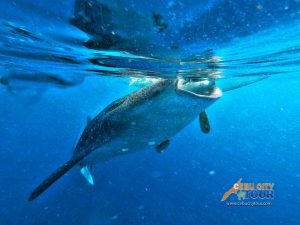 At the South tip of the island of Cebu lies Barangay Tan-awan in the town of Oslob. It may be just an ordinary community before but became very famous because of the arrival of the whale sharks referred by many as the “gentle giants”. They are locally called as “butanding” or “tuki”.

These whale sharks started coming to the beaches of barangay Tan-awan to find food. The residents fed them and these giants got used to the routine and keep coming back everyday. It eventually paved the way for tourism to rise in that area.

Today, many visitors from all over the country and even abroad come to Oslob to witness these beautiful creatures. Tourists find it so amazing to swim with very huge, yet harmless creatures.

How to Get to Oslob Whale Sharks 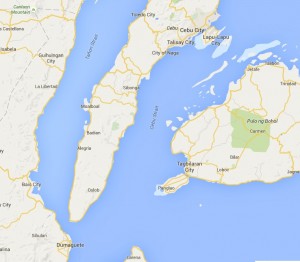 From the airport, ride a taxi cab going to the South Bus Terminal. Upon reaching the terminal, board a bus going to the South of Cebu specifically Bato. Tell the driver or “konduktor” (the person who collects the fare) to drop you off at Barangay Tan-awan, Oslob or you can also just look for the sign that says “Whale Shark Watching”.

If you are from within Cebu City, just ride a jeepney or a taxi going to the South Terminal and do the same procedure.

You can also avail of the tour packages being offered by many travel and tours in Cebu or just inquire from the hotel that you checked in. They have tour packages that would include the whale watching.

Taxi fare from the airport to the South Bus Terminal ranges from P 200.00-P 250.00 and will take for more or less an hour depending on the traffic situation.

Buses bound to the South operates from 1:00 a.m. until 9:00 p.m. and dispatches every hour. The earliest bus to leave are the ordinary ones (non-aircon). The bus ride will take approximately 3 hours and the fare for the Ceres bus is P 145.00 for the aircon buses and P 138.00 for the non-aircon.

Tip: If you want to be among the first watchers, make sure to leave Cebu City at around 3:00 or 3:30 a.m. That is the best time to travel because the roads are still clear and it is still traffic free. 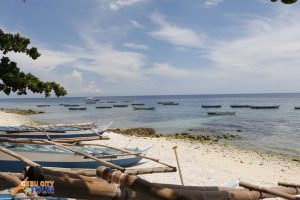 The whale watching is truly an incomparable experience so it is worth the pay and the effort. So pack your backpacks now and head to Oslob, Cebu and swim with the giants!

To experience this whale shark you can book a Cebu Oslob Tour and make a memorable moment with the friendly whale shark.