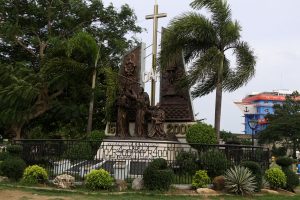 Plaza Independencia is one of the most significant sites in the history of Cebu. It is a symbol of independence and freedom from all the conquerors that tried to take over the island of Cebu. Its century old trees are witnesses to what the plaza/park had been through during the colonial days.

The changes of its name emulated its role in the history of Cebu. The park was called Plaza de Armas in the early 1600 and served as a public square used as military training and parade grounds. It later had its expansion to reach nearby properties of the Cathedral of Cebu and was called Plaza Mayor. During the Spanish era, its name was changed to Plaza Maria Cristina in honor of the prevailing queen. Its name was changed again to Plaza Libertad during the American Colonial Period to acknowledge the liberty from the Spanish rule. When all the colonizers left the country and the land has attained its true freedom, it finally had its name Plaza Independencia.

In 2006, when a tunnel connecting Cebu City to South Road Properties (SRP) was under construction, pre-hispanic human bones and some earthenwares were uncovered during the excavation. 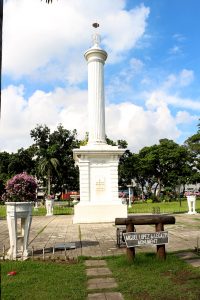 It is located in M.J. Cuenco Avenue and Legaspi Extension, Barangay San Roque, Cebu City. It is conveniently located right beside Fort San Pedro and near the Magellan’s Cross and the Cebu City Port. Its strategic location makes it easier for tourists and locals to visit the place.

The park used to be a haven for robbers and a dating place for maids on their day offs. The local government, realizing the significance of the place, made a great effort to improve the site and made it conducive for tourists and locals . The site was renovated and beautified with beautiful landscapes and clean comfort rooms.. Right now, the Plaza Independencia is a place perfect for picnics, sightseeing, picture taking, and relaxation. It is now safe to stay in the park because Security Guards are posted in the area, watching over the cleanliness and security of the park.