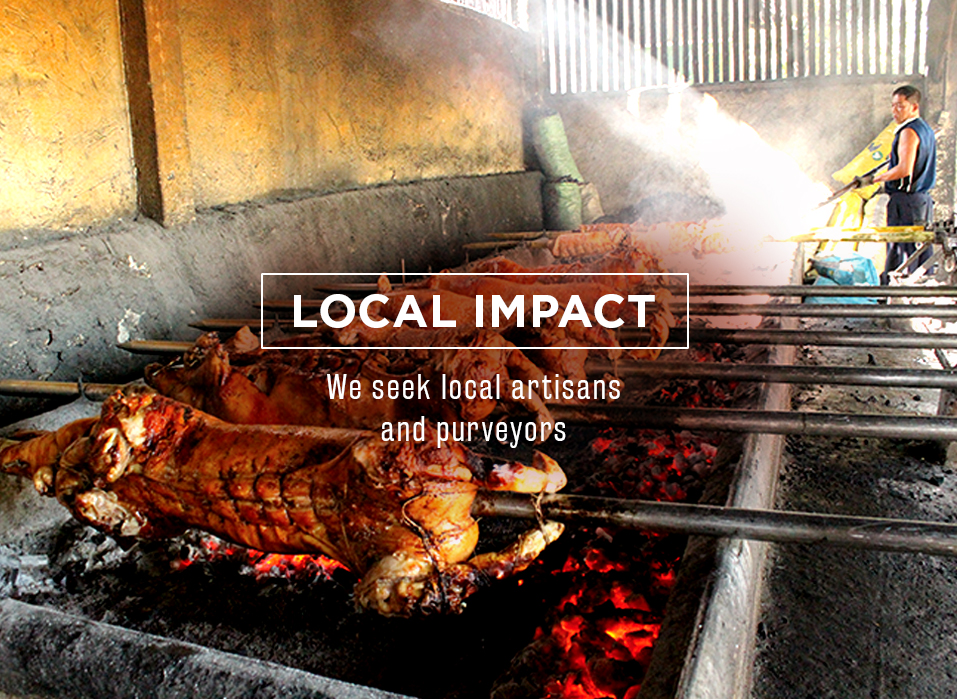 Cebu, being known as the “Lechon Capital of the Philippines” is said to be where the best-tasting lechon can be found. Though there are many lechon makers, each has a unique quality to offer.

Zubuchon is among the names that are popular when it comes to lechon making.

Established in 2009 by Joel Binamira under Zubufoods, Inc., Zubuchon has then obtained its fame in the lechon industry, competing with other brands that are already popular in the market. Its name was derived from the words “zubu”, the name for Cebu during the Spanish regime, and “chon” from the word leCHON.

The company started to sell lechon in October 18, 2009 at a stall in Banilad Town Center Sunday market. They then created another stall at the domestic pre-departure area of MCIA in December 7, 2009. And in June 25, 2011, the very first Zubuchon restaurant was opened in One Mango Avenue building.

What is extraordinary about this company is that they make lechon the old fashion way. Their pigs are raised by locals who grow them from their backyards, thus, helping the local economy. These pigs are also fed with organic feeds and from fresh fruits and vegetables so it is sure that their systems are clean. They also use the freshest spices and ingredients and they are mostly home grown.

The aim of Zubuchon is to create great tasting lechon as natural as possible that is why they do not use artificial ingredients like monosodium glutamate, ginisa mix, and other artificial flavoring. They use only natural ingredients for their recipes.

Started to sell lechon in stalls, Zubuchon has now numerous branches in Cebu and are still planning to create more. Here are their branches: